Home > APPLICATION > Paper Industry
Your Position:
How to select control valve in paper industry
Mar 15,2018       From: Zhengzhou Free Fluid Control Technology Co.,Ltd
For the paper industry, the main media in production: slurry, steam, water, waste water and black slurry.
In these medium, in addition to bleaching section of the slurry contains a small amount of chlorine ions, Black Liquor of wash and alkali recovery Department contains alkali, other medium is rarely corrosive. The pressure of the medium is generally not more than 1.6MPa in the pipe and the container during the whole production process.The steam temperature is the highest in all mediums, and the saturated temperature of 1.6MPa steam is 203°C. 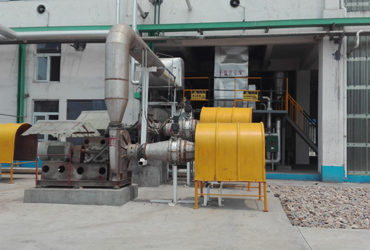 From the above analysis of the medium properties, control valves do not  have to consider too much the high temperature, high pressure, strong corrosion resistance, explosion and other factors in the production, we can also omit liquid flash, congestion and high pressure difference caused noise and other complex conditions about the selection and calculation of valve , which are convenient for the selection of control valve.
In other industries, the use of single seat, double seat, sleeve control valve is also applicable to the paper industry on water, steam, gas controls. And V-Port ball valve , O type ball valve and butterfly control valve are widely used in the slurry, black liquid , which is the characteristics of paper industry.
The pulp department's slurry is a mixture of water and fiber, which is similar to liquids and different from liquids. If the single, double seat valve are used in the slurry system, because of this type of valve flow path twists and turns,the slurry will be easily hung on the corner , the valve runner will be blocked for a long time, finally the valve can not be opened. Even when the valve is just in use, the valve disc can be opened, but the slurry fiber that hangs on the seat causes the seat and disc to be closed lax ,increase the leakage.
The ball valve makes up for the shortage of single and double seat in slurry. The flow path of the ball valve is straight and smooth, and there is no slurry phenomenon. It changes the fluid flow area through the rotation of the sphere, making the sphere and the seat have shearing effect, cutting off the hard objects and sundries. It also has the characteristics of large circulation, good sealing and adjustable flow range of 1:300.V-Port ball valve is used to control the amount of slurry, O-type ball valve,knife gate valve and slurry valve is used for ON/OFF in slurry .
The black liquor in the Alkali Recovery department has both granular solids and crystalline chemicals.Therefore, V port ball valve and O ball valves are also ideal control valves.